The CEESA project (Coherent Energy and Environmental System Analysis) presents technical scenarios as well as implementation policies and a road map of Denmark’s transition from a fossil fuel-dominated energy system to a supply system based completely on renewable energy with a dominating part of intermittent sources like wind and solar power. Energy conservation and a certain technological development are prerequisites for this transition. The CEESA scenarios show how the transition can be performed before the year 2050 mainly by the use of known technologies combined with significant energy conservation.

The CEESA project has a focus on, among others, transport, electricity power systems and environmental assessment. The need for new systems thinking and new planning principles for energy investments is among the important observations in this scenario project. With dominant contributions from intermittent sources and limited amounts of biomass available, storage problems  are solved by integrating the electricity, heat and transport sectors much more than in traditional supply systems based on fossil fuels. The CEESA project shows how this can be done in an efficient and economical way.

The work process of the project is shown in this figure: Figure: Under an overall range of scenarios, the work has been carried out in four sub-themes and then gathered on an in-process basis and included in the development of tools and methodologies for a new generation of coherent energy and environmental analyses.

As illustrated in the figure, the work has taken its point of departure in state-of-the art energy system and LCA analyses of 100 renewable energy systems followed by further developments of methodologies and tools in 4 sub-sectors and ending up with coherent Energy and Environmental system analyses of the same systems. 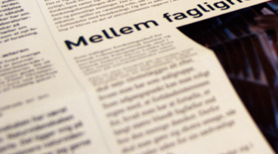 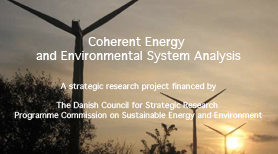